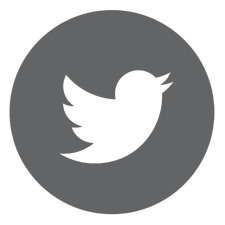 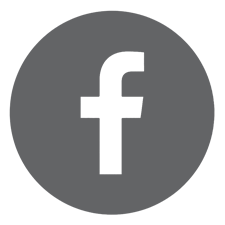 To subscribe to this page, please enter your email: You will receive by email a confirmation of your registration.
Validate

“Suppliers” mean suppliers or service providers of goods or services under an agreement with the Crédit Mutuel Arkéa group.

The Crédit Mutuel Arkéa group’s Supplier Code of Conduct (the “Code”) brings together all the requirements set by the Crédit MutuelArkéa group for its suppliers in terms of human rights, employment rights, business ethics and respect for the environment.

As a cooperative and regional banking group, the Crédit MutuelArkéa group places societal and environmental issues at the heart of its practices.

Having signed the United Nations Global Compact at the end of 2015, the Crédit MutuelArkéa group is committed to respecting its 10 principles around human rights, international employment standards, the fight against corruption and respect for the environment. It is also committed to promoting the UN Sustainable Development Goals (SDGs).

Having signed the Responsible Supplier Relationship Charter on 28 June 2017, the Crédit MutuelArkéa group is also committed to adopting responsible purchasing practices in order to promote sustainable and balanced trust-based relationships.

Echoing this company commitment and its obligations under the duty of care, the Crédit MutuelArkéa group also expects its suppliers to engage in conduct and practices consistent with these same principles. Eager to engage in constructive dialogue and make continuous improvements, the Crédit MutuelArkéa group’s goal is to work with its suppliers to achieve responsible economic growth.

This Code sets out the Crédit MutuelArkéa group’s requirements with regard to its suppliers. It is based on international initiatives and principles such as the United Nations Guiding Principles on Business and Human Rights, the United Nations Global Compact and the SDGs, the OECD Guidelines and the fundamental conventions of the International Labour Organization (ILO). It also incorporates the best practices expected by the Crédit MutuelArkéa group, particularly with regard to ethics, the promotion of human capital and respect for the environment. Each supplier also undertakes to comply with the laws, regulations and standards of the countries in which it operates and that apply to its business activities. The undertakings set out in this Code supplement rather than replace them.

Acknowledgement of the Code by suppliers is an essential condition of any purchasing or services agreement with the Crédit Mutuel Arkéa group. It supplements the provisions set out in the General and Special Terms and Conditions of purchasing and service agreements.

Suppliers must agree to meet these commitments in all areas of their sphere of responsibility, in particular by exercising reasonable care in their relationships with their permanent or temporary employees and their own suppliers and service providers with whom they work in providing the relevant service to the Crédit MutuelArkéa group. Suppliers must ensure that the commitments set out in this Code are communicated to such persons. If a supplier identifies breaches of the Code’s commitments by its own suppliers or service providers, it is required to take the necessary measures or terminate the relationship until the breach is remedied.

If the Crédit MutuelArkéa group becomes aware of any breaches of the commitments set out in this Code, it will ensure that suppliers implement the necessary corrective actions to comply herewith.

UNDERTAKINGS OF THE CODE

Suppliers agree to comply, as a minimum, with the undertakings described below and to implement a proactive approach to make progress on these issues.

The Crédit Mutuel Arkéa group expects its suppliers to respect human rights in all their relationships with their stakeholders, whether those stakeholders are customers, employees, external partners, suppliers or service providers. As human rights issues are a key aspect of the subcontracting chain, particularly in different geographical regions, suppliers undertake to use their best efforts to ensure that their own suppliers and service providers comply with the commitments set out below.

No use of forced labour

Suppliers must not use or derive any benefit from forced labour in accordance with ILO conventions 29 on forced labour and 105 on the abolition of forced labour. All labour must be provided voluntarily and be freely chosen.

Suppliers must not use child labour as defined by ILO Conventions 138 on minimum age and 182 on the worst forms of child labour and domestic laws, the most exacting standard taking precedence over others.

Suppliers undertake to comply with all laws and regulations prohibiting discrimination in their business relationships, in particular with regard to hiring and employment, based on criteria such as origin, gender, age, religion, political affiliation, trade union affiliation, health, sexual orientation, skin colour or any other characteristic protected by law. They must be committed to promoting equal treatment and diversity among their employees.

In all their business relationships, suppliers undertake to comply with the laws in force on the protection of personal data and to use personal data responsibly. Suppliers also agree to respect their employees’ right to privacy.

No harassment and violence

Suppliers undertake to put measures in place to prevent and detect harassment and any other form of violence (physical, psychological, verbal or sexual violence, etc.) against their employees. In the event of proven cases of harassment or violence, they also undertake to introduce measures to support employees.

Employment rights and the development of human capital

The remuneration paid to suppliers’ employees must comply with the legal or sector minimum or the remuneration terms set out in freely negotiated collective bargaining agreements, the most exacting standard taking precedence over others.

Suppliers must comply with all applicable laws, regulations and industry standards regarding working hours, rest and leave. Suppliers also undertake to take account of issues experienced by their employees in achieving a balance between their work and personal lives.

Suppliers undertake to offer their employees healthy and safe working conditions, in accordance with prevailing laws, regulations and industry standards, with the aim of preventing and protecting their employees from the risks of occupational accidents. Suppliers must also pay particular attention to raising their employees’ awareness and training them about safety. Suppliers also agree to be vigilant to psychosocial risks and to promote the quality of life at work.

Right to freedom of association and collective bargaining

Suppliers’ employees must benefit from the right to freedom of association and collective bargaining in accordance with all prevailing laws and regulations. Suppliers undertake to promote social dialogue.

Suppliers undertake to train their employees so that they have the skills required to properly carry out their duties.

The Crédit Mutuel Arkéa group is committed to carrying out its business competently, diligently, loyally and fairly. It expects its suppliers to also ensure that their activities and relationships with their stakeholders comply with these principles. Suppliers must commit to complying with prevailing domestic and international laws and regulations laws on combating corruption, conflicts of interest, free competition and respect for intellectual property rights.

Suppliers represent that they strictly comply with the anti-corruption laws applicable to the public and private sectors. In this respect, suppliers and their employees, agents and officers shall refrain from offering or receiving, where they have no entitlement, directly or indirectly, offers, promises, gifts, presents or advantages of any kind, for them or for others, to induce them to carry out or refrain from carrying out or facilitating an act in breach of their legal and/or professional obligations and/or obligations under the agreement.

No conflicts of interest

Suppliers must carry out their business activities in accordance with prevailing competition laws, comply with the principle of free competition and refrain from any unfair or misleading commercial practices.

Suppliers agree to comply with the rules on the protection of intellectual property rights and to take appropriate steps to safeguard and protect the confidential and exclusive information exchanged. Such information shall only be used for the purposes set out in the agreement. In the case of subcontracting agreements, the Crédit MutuelArkéa group’s consent is required to the sharing of confidential and/or exclusive information. Suppliers must also hold all intellectual property rights relating to their products/services or all necessary authorisations.

Respect for the environment

The Crédit MutuelArkéa group is concerned about its own environmental footprint and, given the urgency of combating climate change, also expects its suppliers to comply with all applicable environmental laws, regulations and industry standards and to demonstrate that they are making continual improvements to their environmental impact, both in their day-to-day activities and in relation to their products and services.

Suppliers undertake to limit greenhouse gas emissions from their business activities and from their products and services, in particular by favouring low-carbon solutions and by raising employee awareness of climate-related issues.

Protection of natural resources and biodiversity

Suppliers undertake to identify, control and treat their waste and effluent production in order to prevent air, water and soil pollution. They also undertake to use their best efforts to reduce waste and encourage recycling. Suppliers shall also pay attention to other forms of pollution that may be generated by their activities and that may impact their stakeholders, such as noise or light pollution, and undertake to comply, as a minimum, with prevailing standards.

With a view to promoting mediation, the Crédit Mutuel Arkéa group has appointed a purchasing mediator to whom disputes between the group’s buyers and suppliers may be referred, if such disputes are unable to be otherwise resolved. Contact: mediateur.achats@arkea.com.

Pursuant to French Law No. 2017-399 of 27 March 2017 on the duty of care of parent companies and sub-contracting companies, the Crédit MutuelArkéa group has put in place an alert mechanism for serious human rights, health/safety and environmental breaches. Any natural or legal person outside the Crédit MutuelArkéa group who is in a position to alert the group about such a risk may send an email to the address provided on the corporate website, cm-arkea.com.

UPDATES TO THE CODE

The French version of the Code may be updated by the Crédit Mutuel Arkéa group on a regular basis. The current version is available at cm-arkea.com.